Unifor is Canada’s largest private sector union, with more than 300,000 members across the country, working in every major sector of the Canadian economy.

Unifor brings a modern approach to unionism: adopting new tools, involving and engaging our members, and always looking for new ways to develop the role and approach of our union to meet the demands of the 21st century.

Every person of working age in Canada has a right to a good job and the benefits of economic progress.

Unifor strives to protect the economic rights of our members and every member of the workforce (employed or unemployed). We are committed to building the strongest and most effective union to bargain on behalf of our members, working with our members to improve their rights in the workplace, and extending the benefits of unions to non-unionized workers and other interested Canadians. 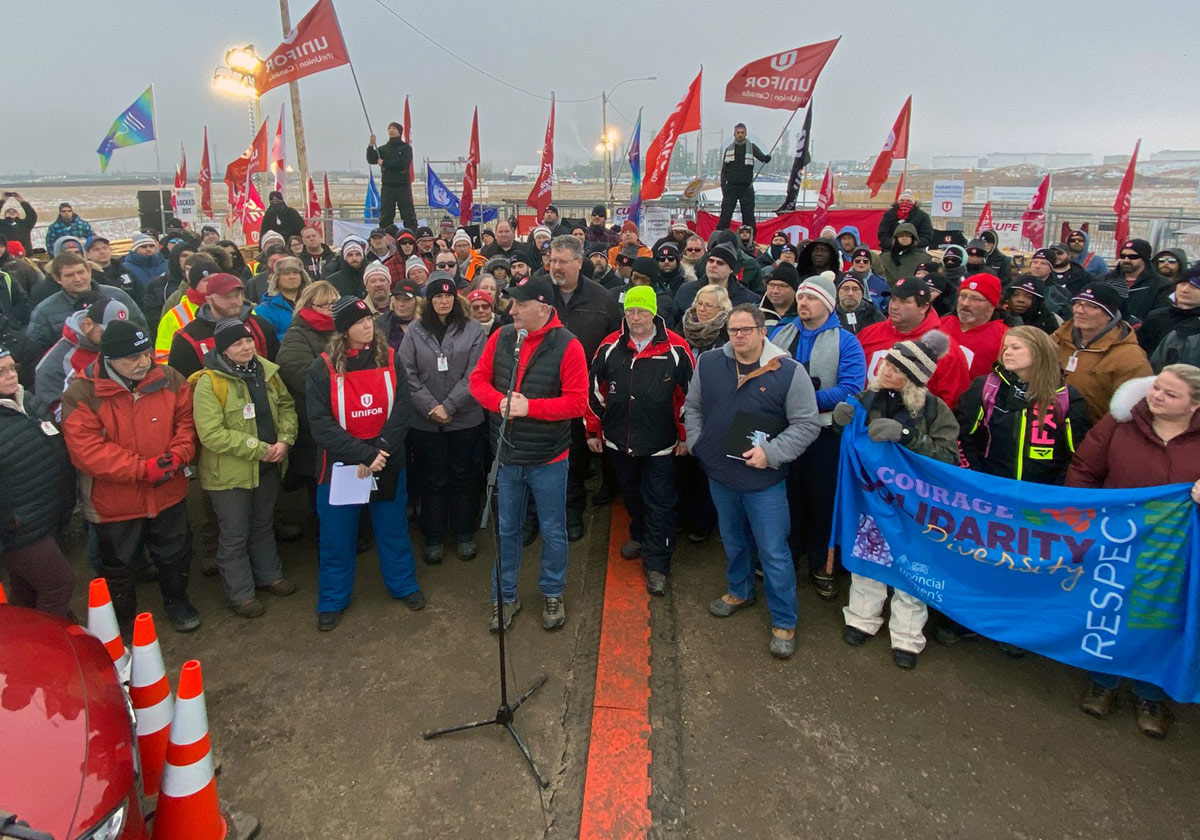 Unifor was officially formed on August 31, 2013, at a Founding Convention in Toronto, Ontario. It marked the coming together of the Canadian Auto Workers union (CAW) and the Communications, Energy and Paperworkers Union of Canada (CEP) – two of Canada’s largest and most influential labour unions.

The birth of Unifor represented a sign of hope for the Canadian labour movement, and working people more generally.

For decades, union membership (as a share of total employment) had been in steady decline – particularly in the private sector. Running parallel to this decline in union density had been a sharp rise in income inequality, growing threats to retirement security, chronic unemployment and underemployment (particularly for young people) and a noticeable rise in insecure, precarious forms of work, especially among newcomers. The decline of union influence coincided with the rise of grossly imbalanced business-friendly policies, starting in the 1980s, that included tax cuts, labour market deregulation and corporate-led free trade deals.

Unifor was a bold answer to the question: “How do Canadian unions respond to the changing economy and these challenging times?”

Its large and diverse membership (that includes nearly every sector of the economy), makes it one of the most representative voices of our national economy. Its representative organizational structure and innovative forms of membership means it can better address regional economic and political matters on behalf of working people. Its core mandate – to be an effective union that is built by its members and deeply rooted in community – brings Unifor’s work into the day-to-day lives of Canadian families.

The Unifor project began as a discussion about union renewal in the fall of 2011 between former CAW President Ken Lewenza and former CEP President Dave Coles. Informal discussions led to formal talks among union leadership and staff. A formal discussion paper was prepared, which lead to a comprehensive, open and inclusive union revitalization project, spanning 20-months. Members were invited to follow developments of the New Union Project through regularly published reports, a frequently updated website, and were also asked to participate in telephone town hall meetings and online polls.

From its inception, Unifor has become a source of optimism and inspiration that a fairer, more secure future can be won for working people, that unions can adapt to changing times and remain a relevant voice for workplace and social justice.

We are proud to represent all local 26 members. No job loss, equal work for equal pay

Our Telecoms, Our Jobs – Protect good jobs in telecommunications, right here in Canada